Official Historian of the Conservative Party

A selection of Lord Lexden's letters this year to The Daily Telegraph, The Times, The New Statesman, The Spectator and others. You can read letters from previous years in the menu to the left.

SIR – Parliament did not always treat the Duke of Edinburgh with the courtesy he was entitled to expect.

On February 26 1952, shortly after the Queen’s accession, he listened to a Budget debate from the Peers’ Gallery of the Commons in order to help him “understand how our parliamentary affairs work,” as Churchill explained.

Enoch Powell, then a comparatively new backbencher, objected. “A new and unconstitutional means is created of acquainting the Sovereign with what passes in the lower chamber,” he claimed. Churchill put him firmly in his place, but the Duke never visited the Commons again.

Unsurprisingly, he did not always refer to it in glowing terms. On a visit to Ghana in 1959, he learnt that its parliament had 200 MPs. “That’s about right”, he said. “We have 650 and most of them are a complete waste of time.”

The House of Lords did not behave impeccably either. In 1952 its authorities ruled that only a queen consort was entitled to occupy the throne by the side of the Sovereign at the State Opening of Parliament. The Duke was relegated to a mere chair until 1967, when the ruling was found to be incorrect.

A warmer welcome might have encouraged him to contribute to proceedings from the cross benches during his 50-year membership of the House (ended by the Blair reforms of 1998), as royal dukes had in the past.

The House would have benefited from the wisdom he showed in his 1979 Rede Lecture at Cambridge on politics, philosophy and administration. A visitor to his apartment in Buckingham Palace found it “entirely covered by bookcases.”

Speech-writing gave him great enjoyment. Martin Charteris, a private secretary to the Queen, said: “I produce a draft which both the Queen and I think excellent. But Prince Philip will insist on rewriting it.”

Sir – Justin Welby, the Archbishop of Canterbury, states: “We can’t erase the past…We have to learn from it” (report, March 31).

He ought to have learnt from the recent past that when an error is made, correction and apology must follow. The processes by which the Church decided in 2015, with his approval,  that  Bishop George Bell had abused a young girl in the 1940s, were shown to be fatally flawed by Lord Carlile QC in his independent report of 2017, which said: “For Bishop Bell’s reputation to be catastrophically affected in the way that occurred was just wrong.”

He added that Bishop Bell “should be declared by the Church to be innocent of the allegations made against him.” If the Archbishop wishes to learn from the past, how can he stand by his  unfounded statement that Bishop Bell remains under “a significant cloud”? What will posterity say about an Archbishop who lacked the basic Christian precept of repentance? His moral failure will cast a significant cloud over his reputation forever.

Sir, How wise George V was when he took action in 1917 to prevent the unending accumulation of princes in Britain by setting firm limits to the descent of this great dignity. He ensured that the House of Windsor which he created was free from the sprawling and baffling range of highnesses on which continental monarchies had imposed no restraints. “No profusion of petty princelings here”, he told his approving prime minister, Lloyd George. It is such a pity that no one apparently thought to give a simple lesson on this and other aspects of our constitutional arrangements to the Duchess of Sussex when she joined the royal family.

SIR - Could there be a more glaring example of the pernicious effects of the overindulged Black Lives Matter movement than the recent conference at which Churchill was denounced at the very Cambridge college established as a lasting tribute to him?

This anti-Churchill rant - bursting with ludicrous errors, as Charles Moore has shown (Notebook, March 2) - would have been inconceivable only two or three years ago.

Now, the dons in charge at an important academic institution appear quite untroubled, even when it is shown by leading academic experts on Churchill’s career that manifest falsehoods have been propounded on their premises.

Dame Athene Donald, the distinguished physicist who is Master of Churchill College, would presumably be appalled by uninformed denunciation of her own work, but remains silent when Churchill’s work is traduced without any serious supporting evidence.

The offence is made even worse by the presence in the college of a vast collection of Churchill’s personal papers, which any reputable scholar would consult before reaching conclusions about the great man’s attitudes to race, empire and other controversial issues.

Only warped judgements created by BLM can explain it.

SIR - I hope Vernon Bogdanor is right in saying that the Dunlop report on strengthening the Union, completed in 2019, is about to be published at long last (“Can anyone fix the fatal flaws in devolution?”, 18 Feb).

I was assured again and again in the Lords that it would appear before the end of 2020. Some of its recommendations, I was told, were being put into effect.

Why then the continuing secrecy on the part of a government that it is supposed to be firmly committed to the Union? We have been cursed for too long by the policy of “devolve and forget”, as Professor Bogdanor says.

It is erroneous, however, to say that in the past “devolve and forget” in Northern Ireland “legitimised discrimination by a majority-ruled Stormont against the minority Catholic population”. Discrimination was practised, above all in housing, by both Unionist and nationalist local councils. [In 1972 Stormont took over all the major local government functions. Brian Faulkner, the last Stormont Prime Minister, invited the main opposition party to join power-sharing Stormont committees; it refused in accordance with a long nationalist tradition of boycotting serious public responsibility in Ulster under a system it wanted to overthrow.]

Lord Dunlop is one of the few people in public life today who understands the politics of both Scotland and Northern Ireland. He should be appointed Minister for the Union, replacing the three territorial UK departments, as a report by the Lords Constitution Committee suggested a few years ago.

[The passage in square brackets below was not included in the published version.]

Sir, Winston Churchill’s collection of papers, one of our country’s archival glories, is housed within yards of the venue of the recent conference where he was denounced (“Churchill versus Churchill in racism wrangle”, report, Feb 12). All aspects of his career are richly documented. How many of those who spoke at the conference had studied this massive archive? Assertions unsupported by research are worthless. Where a very great man is concerned, they are contemptible.

SIR – My friends Lord Carey of Clifton (Comment, January 30) and Rev Jonathan Aitken (Letters, February 1) will be widely supported in their calls for an end to the “culture of fear and secrecy” created by the Archbishop of Canterbury’s failure to establish open, accountable arrangements with proper legal safeguards for the investigation of allegations of sexual abuse brought against members of the clergy.

It is intolerable that, after a secret process, Lord Carey was found “on a balance of probabilities” to have known of one person’s record of abuse.

It was clear that something was seriously amiss six years ago when the Church’s press office suddenly announced that compensation had been paid on the uncorroborated word of a complainant who said she had been sexually abused by Bishop George Bell more than half a century earlier.

Lord Carlile QC tore the Church’s conduct of the case to shreds in an independent report at the end of 2017. Astonishingly, Archbishop Welby simply said that a “significant cloud” remained over this internationally renowned bishop.

After another secret process judged a copycat allegation to be groundless in 2019, the archbishop made a general apology to those involved, but there was no withdrawal of his charge against Bishop Bell. It is still awaited.

The public campaign in defence of Bishop Bell involved only two senior Church of England clerics, Lord Carey and the Dean of Christ Church. It is striking that they too have suffered as a result of the Church’s refusal to devise procedures that treat complainants and defendants even-handedly.

Lord Carey is still owed an apology, which, judging by what happened in the case of Bishop Bell, is unlikely to be forthcoming.

SIR - Whatever their difficulties, Downing Street offspring (“The outrageous fortunes of the children of No 10”, Features, January 21) have rarely repudiated their family’s politics.

Only one of them, Oliver Baldwin, a Labour MP between 1929 and 1931, has faced his father across the Commons chamber. “I nearly died when I saw Oliver on the benches opposite”, Stanley Baldwin told one of his daughters. Even so, the prime minister continued to write affectionately to his “ dearest son”.

Later, having heard of Oliver’s financial difficulties, he sent a generous cheque to his son’s male partner in Oxfordshire where the two men lived openly together. Baldwin, one of the wisest Tory leaders, never criticised either his son’s homosexuality or his Left-wing politics.

Sir, James Forsyth’s call to make “the structures of government fit for purpose” (Comment, Jan 22) should be heeded in Northern Ireland as well as Scotland. More than 20 years on, the Belfast agreement needs urgent review. Victims of terrorism are dying without the compensation that is their due because the ramshackle coalition of incompatible parties at Stormont cannot agree who should pay for it, with Sinn Fein holding the purse strings. It demands that Westminster should foot the bill. It is wrong to say that this does not matter because Ulster is heading for the exit as a  result of Boris Johnson’s shameful Northern Ireland Protocol, which gives the EU a large role in the province’s affairs. Parties opposed to the Union got  just over a third  of the vote at the 2019 election.  A new constitutional deal for Ulster within the Union should be a key objective this year, which marks the centenary of Northern Ireland’s creation.

SIR - Nicola Sturgeon is unlikely to be impressed by Charles Moore’s assertion (Notebook, January 5) that “ we should hold the next referendum on Scottish independence in 2055.”

Since referendums can be held whenever Parliament is persuaded to authorise them, she has every incentive to keep up the pressure.

Firm constitutional rules are needed to end the current state of affairs in which referendums take place “on an ad hoc basis, frequently as a tactical device rather than on the basis of constitutional principle”, as a report by the all-party House of Lords select committee on the constitution pointed out in 2010.

Its recommendations, ignored by successive  governments, would be invaluable in devising a clear set of conditions for referendums. They include “an independent body to provide information and run the public education process.”

In the immediate future Mrs Sturgeon’s  campaign can only be countered by forceful exposition of the Unionist case.

A report for the Government by Lord Dunlop in 2019 on strengthening the Union, due for belated publication by the end of last year, has still not appeared. Nor has the government’s own review to improve working relationships with Scotland.

Just four months remain until the Scottish elections. Is Boris Johnson, self-styled Minister for the Union, totally committed to preserving it? 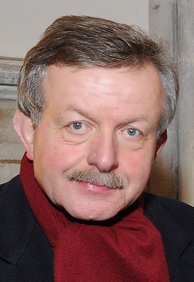 Lord Lexden (formerly Alistair Cooke) is a Conservative peer who took his seat in the House of Lords in January 2011.

He is a political historian who is the Official Historian to the Conservative Party and the Carlton Club.